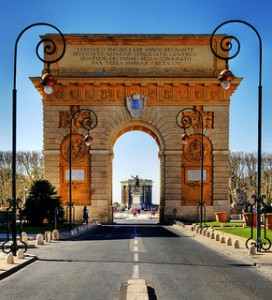 With the shift to multicore hardware, there has been a resurgence of interest in parallel programming at every level of software systems. Extracting good parallel speedup for irregularly-structured problems without resorting to full-blown concurrent programming remains a difficult challenge. To the extent that concurrency is exposed, it poses well-known risks: unintended races, nondeterministic behavior, deadlocks, and weak memory consistency. And in any case, performance problems are often difficult to diagnose and fix: they may stem from task granularity and scheduling choices, or from false sharing and other cache coherence effects, which are often not under direct programmer control. These challenges present an opportunity for research on languages to make a significant impact on programming practice.

LaME is an interactive venue for describing, discussing, and evaluating programming language support for parallel execution on multicore computers. We interpret “programming language” broadly to include language-like abstractions (e.g., parallel APIs implemented as libraries or embedded DSLs) and language-support tools such as optimizers, analysis tools, and IDEs. We interpret “multicore” broadly to include heterogeneous parallel units such as GPUs. Multicore can also include distributed computing, so long as there is a multicore component (e.g., programming a cluster of multicore nodes).

This session is jointly hosted with Scala’13. The talks will be in the same room as the rest of LaME: Amphi

Authors are invited to submit original and unpublished work that exposes a new problem, advocates a specific solution, or reports on actual experience. Preliminary results and/or position papers likely to spur interesting discussions are encouraged. Papers must be submitted using the standard two-column ACM SIG proceedings or SIG alternate template in either 9-point or 10-point font. Submissions are limited to six pages including figures, tables, and references.

Papers will be reviewed and selected based on relevance, interest, clarity, and technical correctness. Final papers will be made available on the workshop web site, but to facilitate resubmission to more formal venues, no archival proceedings will be published, and papers will not be sent to the ACM Digital Library.